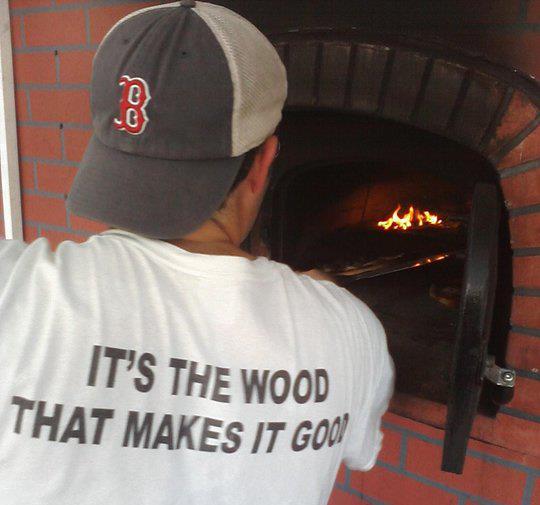 Growing up with a single mother who was a career waitress at places called The 95 House, Royal Diner, Anthony’s Steam Carriage, Light House Inn & Hughie’s among others put Woodfellas Pizza Owner, Robert “Bob” Currier, on a career path in the restaurant business from an early start.

One of Bob’s first working memories is spending Thanksgiving Day with his mother as a bus boy so they could spend the holiday together. Working his way up from his first job at a fast food place, Bob went from being a dishwasher, prep cook, line cook, to sauté & sous chef.  He was  was able to work under some very talented master chefs & picking up a few tricks in the kitchen, all along fine tuning his art of customer service. Which ultimately lead Bob to owning his own businesses.

His first restaurant opened in 2007, Babe’s Deli in Salem, which was named after his mother. In 2009 he consulted & co-founded Fireside Brick Oven Creations in Gales Ferry;  and in 2011 he created The Rolling Tomato, A Mobile Wood-Fired Pizza Company with four mobile units & one 28’ orange food trailer anchored in Norwich creating The Yantic Mobile Food Park in 2012. The Rolling Tomato won The New London Day Reader’s Choice Award for Best Food Truck 4 years in a row in 2015, 2016, 2017, and 2018.   And in 2014, Bob opened a brick & mortar Rolling Tomato in Groton.

Now in 2018, Bob is onto his newest adventure both personally & professionally with the creation of Woodfellas Pizza & Wings at The Velvet Mill Location in Stonington Borough, CT. Starting with take-out & delivery using a modified delivery scooter. He has also forged a solid relationship with award winning Beer’d Brewery to provide Woodfellas Pizza’s food to their taproom.

Personally Bob’s life journey has allowed him to travel to 46 states, where he has hiked knee deep in mud in Kauai; skydived over the Rocky Mountains; kayaked Class IV rivers in Alaska; mountain biked Moab, UT; swam in ice cold glaciers while living in Steamboat Springs & Colorado for 15 years as the quintessential ski bum; lived & skied beautiful Lake Tahoe; camped in a tree tents high above the beaches in USVI; woke up to misty mornings in The Great Smoky Mountains; slept on the beaches in San Diego; rode motorcycles along the Gold Coast of CA; enjoyed chuck wagon cowboy dinners in Yellowstone; witnessed tornadoes in OK; too many visits to New Orleans to remember; attended Super Bowl game in Houston, Tampa & San Diego; and attended a  World Series Game in Boston. These are just a few of his past highlights.

Professionally, Bob was hired by a celebrity chef in Montreal named Chuck Hughes in 2013 and 2014 to bring one of his mobile ovens to Canada to serve and cook pizzas for the VIP’s and Bands of Osheaga Music Festival. Mumford & Sons, The Cure, Flogging Molly, Jimmy Eat World, Imagine Dragons, Lumineers, Outkast, Jack White, Lorde & Modest Mouse were a few of the 300 bands that attended the festival in those years and loved his New Haven Style pizza. Bob was a rock star among rock stars.

Bob has also been lucky enough to have his passport stamped in 8 countries. Some of those highlights include running with the Bulls in Spain; getting lost in Paris looking for Jim Morrison’s grave; having mountains and mountains of fun in Switzerland; almost losing life and limb on a rented scooter in Rome; snorkeling in the British Virgins Islands; having an up close and personal encounter with the German Military; and of course visiting Big Ben in London.

In the summer of 2001, Bob also traveled to Northern Italy on the Mediterranean to a place called Cinque Terra. After cliff jumping all day, and climbing so many stairs that he lost count, he dined in a cafe overlooking the sea that served some of the best seafood pasta dishes Bob had ever tasted and he drank wine practically straight from the barrel. It was there Bob fell in love with Neapolitan style pizza and the seed of his passion was born. This fall he be heading back to Italy with love in his heart to add to his life’s resume both personally and professionally.

Additionally, he hope to continue his path making pizzas while balancing life to teach his four young cherry tomatoes to be good citizens with a solid work ethic. Stay Tuned! 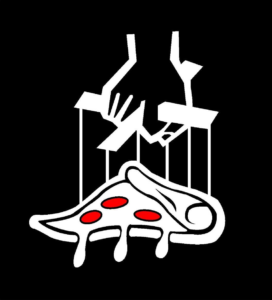 It’s The Wood That Makes It Good!

2nd Lunch we are able to donate due to our custome


Error: API requests are being delayed for this account. New posts will not be retrieved.